Black carbon produced by the burning of fuels and biomass is the most stable carbon compound in nature, yet its path from land to the deep ocean remains mysterious. An international research team under the lead of the Department of Geography characterized the black carbon exported by the Amazon River. 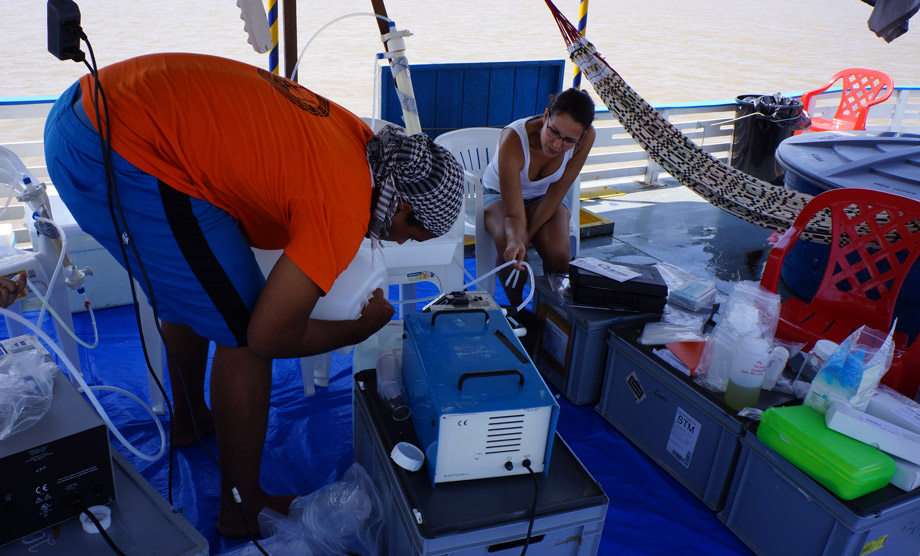 Climate change and the global carbon cycle are deeply entangled. Black carbon and its origin, dynamics and fate play a crucial role in developing models to predict their interactions.

Biomass burning and fossil fuel combustion lead to a considerable retention of carbon in the form of black carbon. This is a very large and refractory component of the global carbon cycle that acts as a biospheric carbon sink. Rivers are the primary link by which black carbon is transferred from terrestrial pools to the oceans. Among these, the Amazon River accounts for one fifth of global freshwater discharge to the ocean, and is the largest single source of terrestrial organic matter to the ocean.

An international team led by researchers of the Department of Geography characterized and quantified dissolved black carbon in four tributaries (Negro, Madeira, Trombetas, and Tapajós Rivers) and the Amazon River mainstem. The proportion of black carbon decreases downstream, but the marked spatially variability imply diverse dynamic sources and cycling.

Aging along the land-river-ocean transport?

The results show that the Amazon exports predominately young black carbon to the ocean. This contrasts the old age of black carbon in the ocean, suggesting that aging may occur along the land-river-ocean transport continuum. Alternatively, more reactive components could be selectively removed during storage and transport.

"There is still a lot of work to be done", says Alysha Coppola, first author of the study, "until we understand the underlying causes of this de-coupling and of the seasonal as well as interannual variability in black carbon contributions in the Amazon."