This article appeared in «horizons», the Swiss Research Magazine

When planning a nature reserve, you have to engage in a subtle art of communication. This failed in the case of the projected Adula Park, as an ethnographic analysis has now proven. 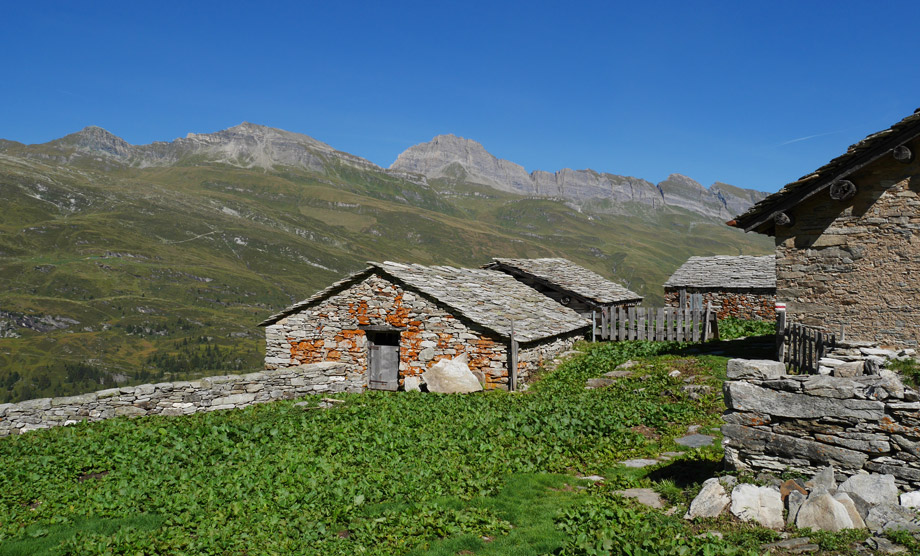 Alp Ampervreila in the proposed buffer zone (Picture: A. Michel)

There isn’t going to be a second national park in Switzerland any time soon. Eight out of 17 local authorities in the cantons of Ticino and Graubünden voted against the proposed Adula Park. This region encompasses a unique diversity of landscapes and ecosystems, from 397 to 2,402 metres above sea level, and it includes the Greina Plateau. Sixteen years of meticulous planning, discussion, debates and negotiations were undone in November 2016 when a local referendum turned down the project. 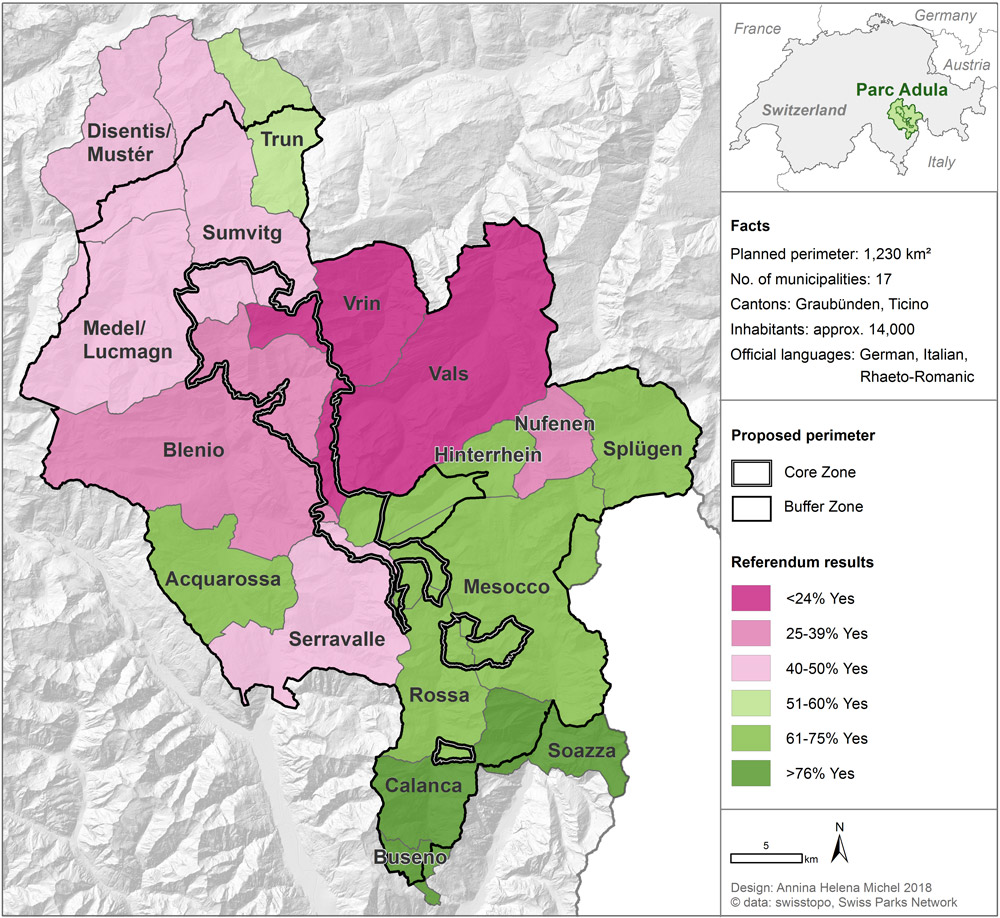 Parc Adula Abstimmung
Results of the referendum on Parc Adula, 27 November 2016, by commune.

Just why the project failed has now been investigated by Annina Helena Michel and André Bruggmann of the Department of Geography at the University of Zurich. Their data-gathering entailed ethnographic methods such as observations, conversations with the local population and interviews with all the main actors. When analysing their data, the researchers used both qualitative and quantitative methods in order to bolster the reliability of their results.

Michel and Bruggmann wanted to achieve a better understanding of the level of discussion between the protagonists, in order to be able to identify all the weak points in their communication. One striking aspect was the gap between science and politics. This meant that the politicians were unable to convince the affected population sufficiently that the park would have been advantageous to them. Planning a conservation area requires a subtle art of communication that takes everything into consideration, including the importance of different languages in the region, and how the local population views issues of nature conservation. To sum up: good communication should succeed in preventing rumours and misunderstandings. This study could show the way forward in how future projects might communicate with the public.