Fertile soils are one of the foundations of life on earth. According to the United Nations, one third has already been lost. Researchers at the Department of Geography have now used a new method to decipher the temporal variations in soil erosion and regeneration over the last 100,000 years in the Sila highlands of southern Italy. 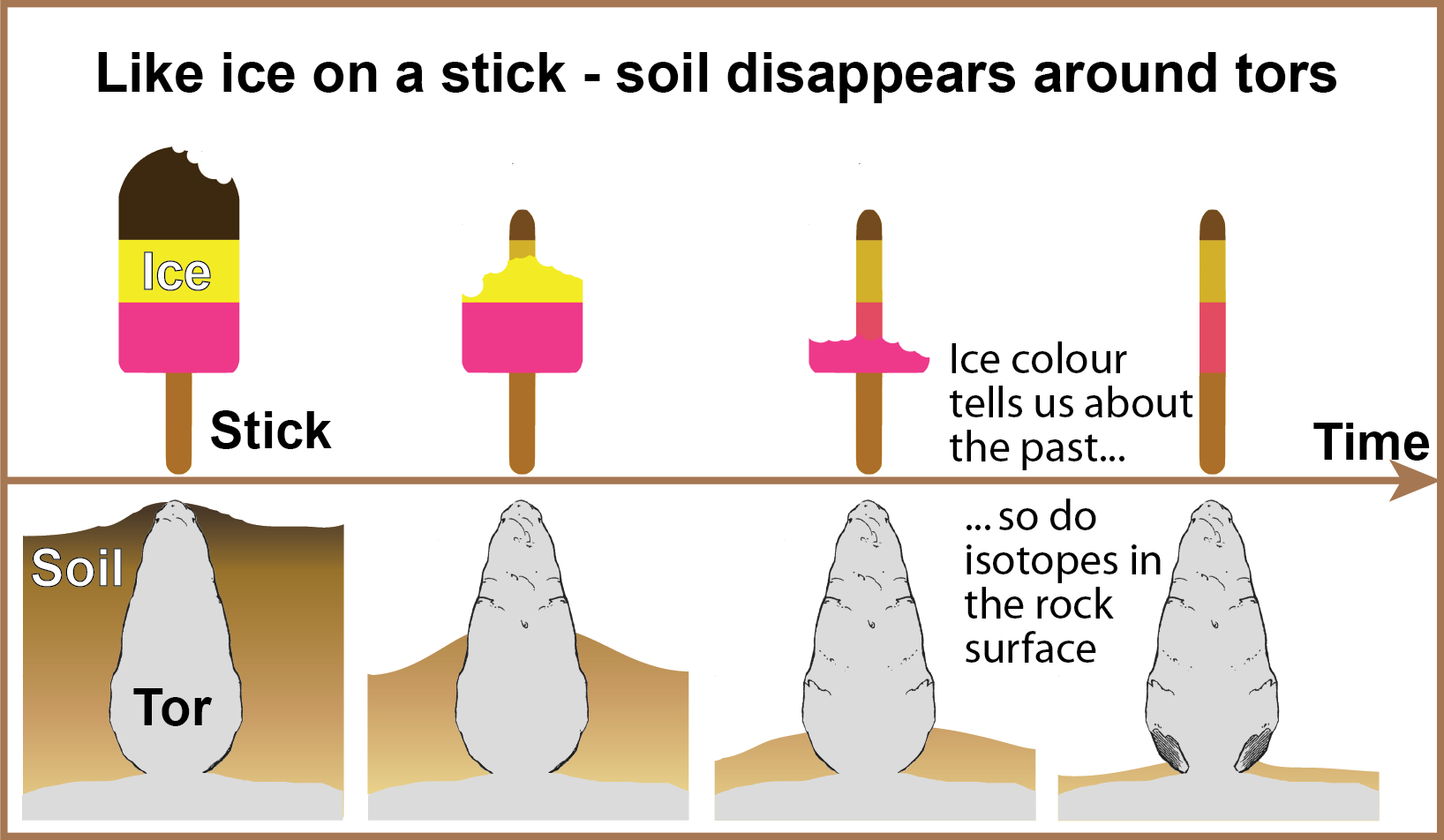 Erosion processes are directly related to environmental and climate changes. However, soils themselves are unsuitable as archives for reconstruction over long periods of time. The information about depth and volume is lost when the soil is eroded and can only be detected indirectly. Up to now, this was mainly done by analysing sedimentation rates from river or lake sediments. The millennia-long development of eroded areas cannot be determined in this way.

Determining the temporal progression of denudation

However, certain vertical rock formations, so-called "tors", can provide information about the temporal progression of soil erosion on site. These tower-like structures, several metres high, are firmly linked to the bedrock and appear to grow from surrounding landforms. "One can imagine this as eating ice on a stick. The wooden stick slowly grows out of the ice mass," says Gerald Raab, first author of the study. Often the colour of the ice leaves a line on the stick.

Similar traces can also be found on the rock surface of the tors, namely in the form of certain types of atoms, so-called nuclides, which are formed by cosmic radiation and otherwise do not occur in the rock. The number of atoms of these nuclides increases the longer the rock surface is exposed to radiation. This allows to calculate the time when certain parts of the surface were exposed. The age of different areas of the rock surface can be determined along vertical profiles, continuously and over thousands of years. 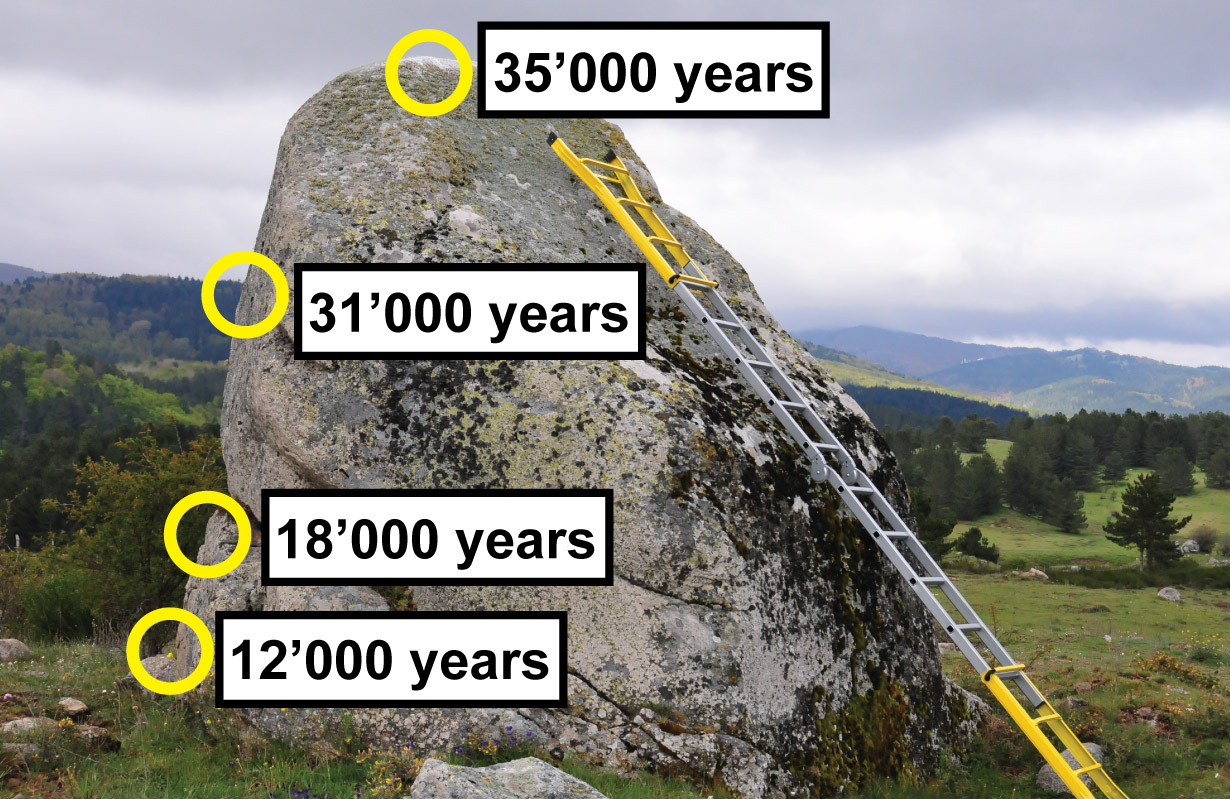 Tor Ages
A tor in the Sila highlands with dating of the different areas (picture: Gerald Raab)

The team of researchers used this method in the Sila highlands in Calabria (Italy). The results showed that soil erosion rate in this region over the last 60 years has been three times higher than in the previous 100,000 years, reaching over 1,000 tonnes per square kilometre per year. These high soil erosion rates are largely due to human influence and cannot be compensated by soil production rates.

This is the first study to continuously examine the local changes in soil erosion over thousands of years. It provides an important basis for a holistic understanding of the underlying processes and mechanisms. The next step will be to link these findings with data on land use and climate change in order to provide predictive models for future soil development. 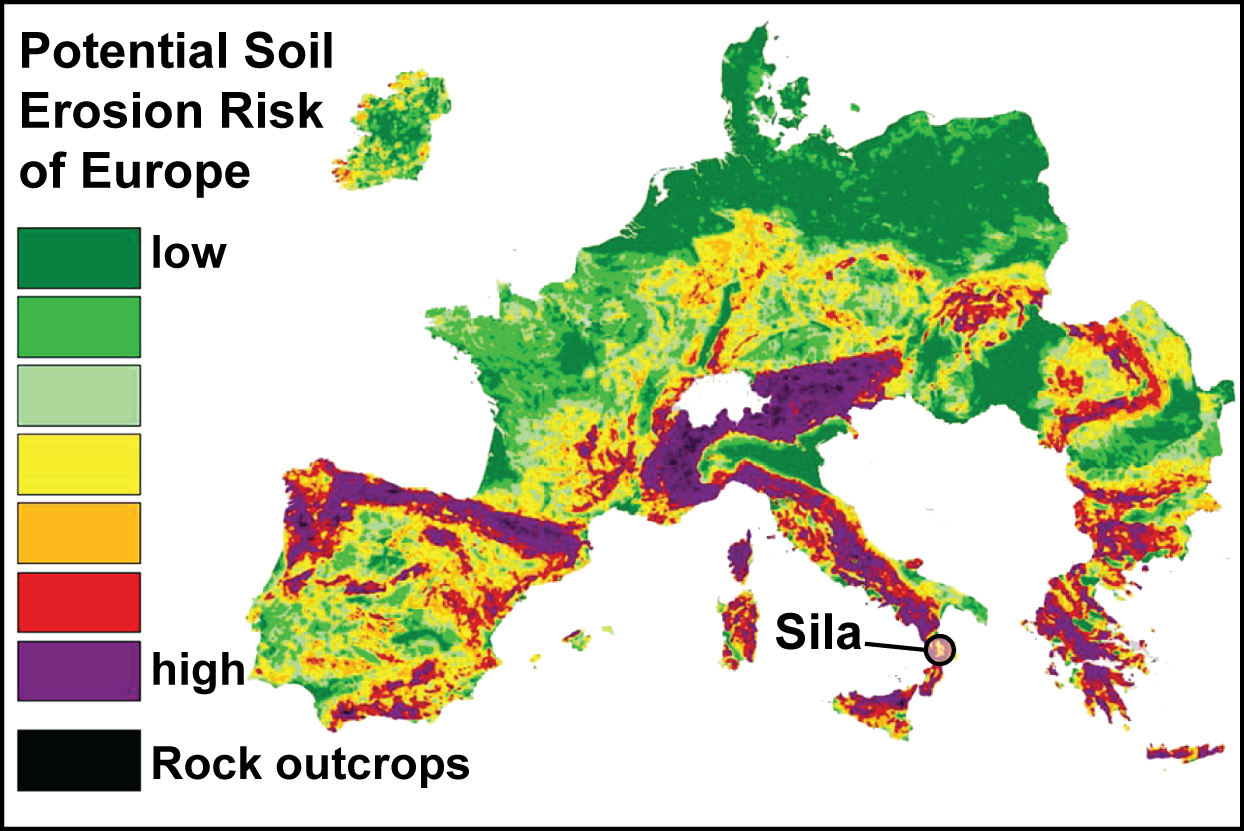 Potential Soil Erosion Risk
Potential soil erosion risk map of Europe (modified according to van der Kniff, Jones and Montanarella, 2000) with marking of the study region in southern Italy. The data were collected as part of an EU project that did not include Switzerland.