Multispecies tree plantations are more productive than monocultures, according to a new study carried out in China. GIUZ environmental scientist Bernhard Schmid was involved in the research. 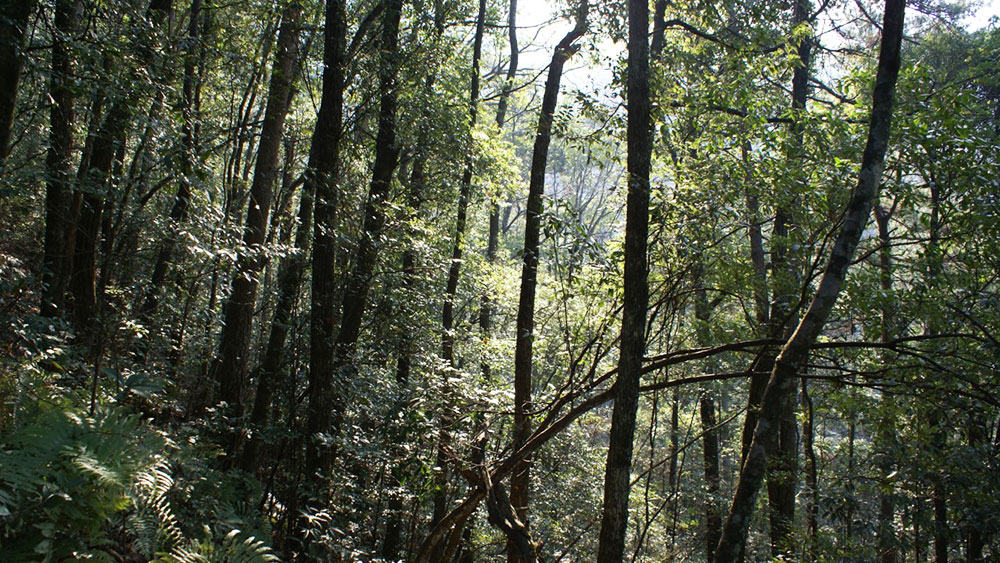 Multispecies forests are more productive than monocultures, since they make better use of available resources such as light, water and nutrients. (Image: Department of Geography, UZH)

Bernhard Schmid could be described as the unwavering champion of biodiversity. The UZH professor emeritus of environmental sciences regularly co-publishes papers in renowned journals that explore the benefits of diverse plant communities. His latest contribution in the field was recently published in Science and shows that species-rich forest plantations yield more than monocultures. They also improve other aspects of the ecosystem, for example by offering greater capacity for carbon storage.

The study, conducted by an international team of researchers led by Peking University, analyzed 270 studies from 255 sites around the world. For each site, the studies compared afforestation practices that featured single-species and multispecies tree plantations with equal planting density and stand age. Based on their findings, the researchers conclude that multiple species growing together can boost biomass. According to the study, plantations with a mix of tree species produce up to 25% more biomass than single-species plantations; in addition, the trees also grow taller and have greater trunk density. All things considered, this means that they yield 25% more timber and also bind 25% more carbon. Both of these findings have direct economic and ecological implications.

The study offers further evidence that the often-held notion that monocultures yield more than multispecies forests is incorrect. “The presumed contradiction between economic and environmental goals in forestry thus disappears,” says second author Schmid. Rather, the findings suggest that when it comes to afforestation, using multispecies planting may actually offer greater benefits. However, most of the forest plantations on which the data used for the study are based consist of only two species, Schmid explains. While this shows that the principle of multispecies planting generally works, using a mix of four or more species would yield even better results, believes the environmental scientist. The important thing here is to find out which species complement each other particularly well, and where competition may get in the way of benefits. The researchers believe the main reason why multispecies forests outperform monocultures is because they use the various available resources – light, water and nutrients – more effectively. For example, coniferous and broad-leaved species can share the space in the canopy, while deciduous and evergreen species complement each other in terms of seasons.

The study also found that mixing nitrogen-fixing and non-nitrogen-fixing species had no impact on the performance of diverse forests. This is a stark contrast to previous findings on diverse crop management on grasslands or in agriculture, where a mix of nitrogen-fixing legumes and other plants increases crop yields.

But don’t multispecies forests make it more difficult to harvest timber? “This may be the case if you’re using a huge harvester to plow through a pure spruce forest in Sweden,” explains Bernhard Schmid. “But in Switzerland, trees are harvested individually, and timber yield is only one of many services that forests provide.” These services include protecting against erosion and avalanches, mitigating climate change (in urban and suburban areas) or storing carbon. In all of these areas, diverse forests performed better than monocultures.

One of the key functions of forests is carbon storage. In a previous study, Schmid et al. demonstrated that diverse forests (in China) store 32 tons of carbon per hectare over eight years, while monocultures only manage 12 tons – i.e. less than half. A ton of carbon dioxide currently costs about CHF 120 in Switzerland and a ton of carbon thus costs CHF 440 (burning a ton of carbon results in 3.67 tons of carbon dioxide). This means that biodiverse forests may become quite lucrative in the future – significantly more so than single-species plantations – and multispecies reforestation can be an effective measure to mitigate climate change. According to Schmid, the important thing here is to manage the rules for selling CO2 certificates in a way that takes into account the greater productivity of biodiverse forests.

“Our study shows that species-rich reforestation outperforms monocultures across the board,” says Schmid, summing up the new study. He hopes that this knowledge will soon also be applied in practice. At the moment, for example, some 85% of afforestation still uses monoculture tree planting.