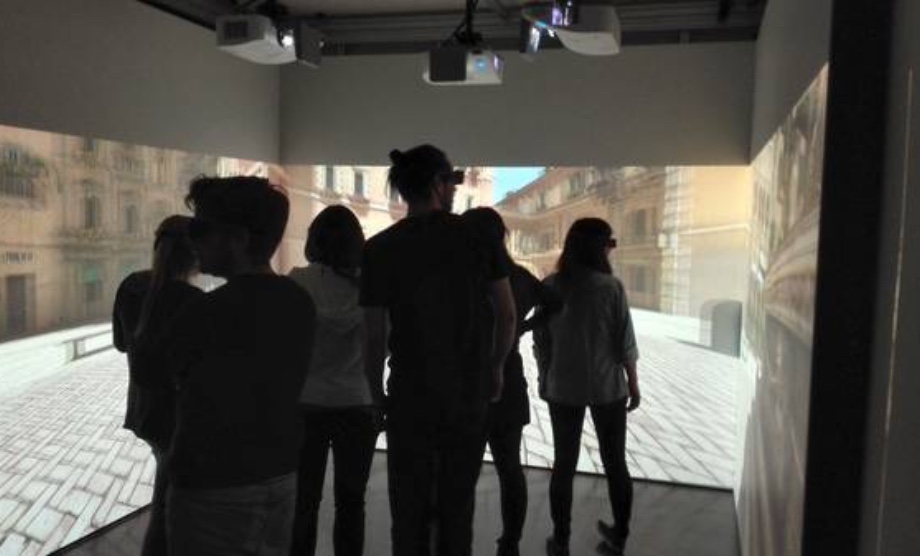 Our CAVE (Cave Automatic Virtual Environment) is a room-sized, stereoscopic 3D projection system projected over three walls. Because it is three-walls (instead of six, which would be a fully immersive CAVE), this type of rooms are also called 'Caverns'. In our Cavern, the three projectors display high-resolution images through a mirrored system onto the three associated walls surrounding the viewer. A camera position tracking system tracks the viewer's location as well as head orientation real-time adapting the display perspective to it. Through additional means, it is also possible to track a viewer's wrists, ankles, hips etc., allowing various input functions to be mapped on the human viewer’s natural movements, and e.g., simulate walking or control an 'avatar'. This way, users can explore virtual worlds naturally by walking and interacting with your hands to manipulate objects. Altogether the CAVE delivers a highly interactive and immersive experience in virtual spaces. The GIVA CAVE is located at the University of Zurich's Irchel campus, in the Geography department (room Y25-J87, tel: +41446355237). The lab has been put into operation in Fall 2014. 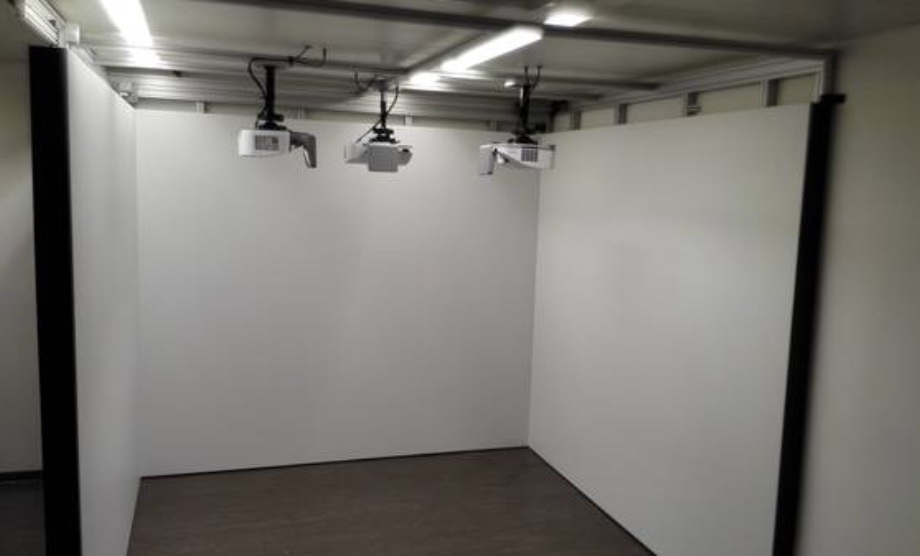 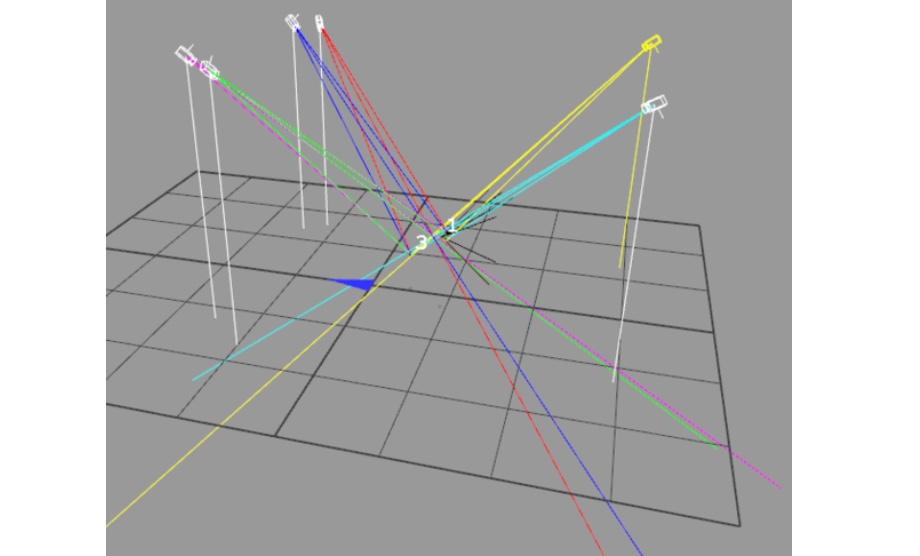 Screenshot of the tracking system monitor, which displays the camera tracking of the shutter glasses (1) and of the wand control device (3) in real-time.