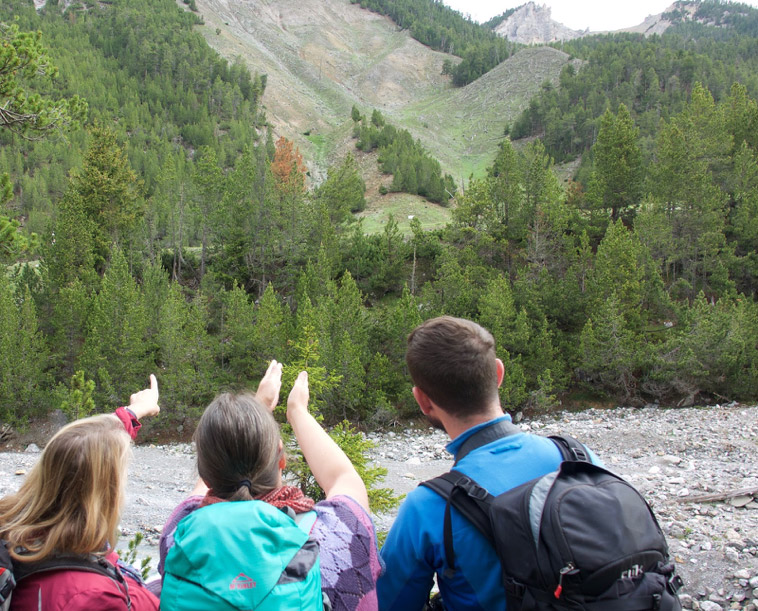 Visitors to the Swiss National Park observe an area where a forest fire burned in the 1950's without human intervention to control it. Nowadays forest fires would be extinguished in the park, since almost all fires are caused by humans. (photo: Mollie Chapman)

Everyone loves a national park, right?

Pristine landscapes to enjoy while hiking, inspiring animal observations, solitude and calm…. Images we often connect to national parks. Not only are national parks favorite tourist destinations, they are also widely regarded to be one of the most successful measures for the conservation of biodiversity.

Despite these positive attributes, local populations living in and around national parks and other protected areas often raise critical voices. Protected areas restrict traditional activities or ways of relating to and engaging with nature that local people enjoy. Different opinions and different claims to natural resource use often clash and create tensions. In our research, we want to better understand how human-nature relationships influence these different opinions about national parks. 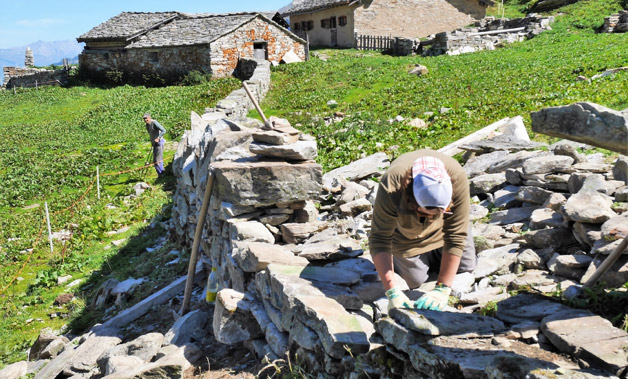 Restoration of a drywall on Alp Ampervreila, in the proposed buffer zone of Parc Adula (photo: Annina Michel)

Do parks and local people have the same understanding of human-nature relationships?

The Swiss National Park employs one of the highest levels of nature protection. As well as bans on any kind of extractive use, the park also uses a hands off approach to ecosystem management. Park rangers seek to influence nature as little as possible. Tourists are also asked to minimize their impact on the park, sticking to clearly marked trails and rest areas.

This model of strict human/nature separation is in stark contrast to the ways that many farmers in the area understand their relationship with nature--in which people and nature work closely together. Farmers in the area carefully manage the grazing and fertilization of their pastures, creating some pastures for more productive use and focusing on biodiversity protection in others. The park's approach, in contrast, allows local deer populations to graze unhindered by hunters or predators, leading to a higher level of grazing than most farmers would use on their lands.

The diverse relationships people have with nature also influence how involved and affected people perceive justice and injustice in national park negotiations. In late 2016, local residents in 17 municipalities in south-eastern Switzerland rejected a new national park project at the ballots. This new park project, called Parc Adula, was meant to be the first national park of the “new generation”. Compared to the existing Swiss National Park, the new national park concept is less restrictive and focuses more strongly on cultural and economic benefits. 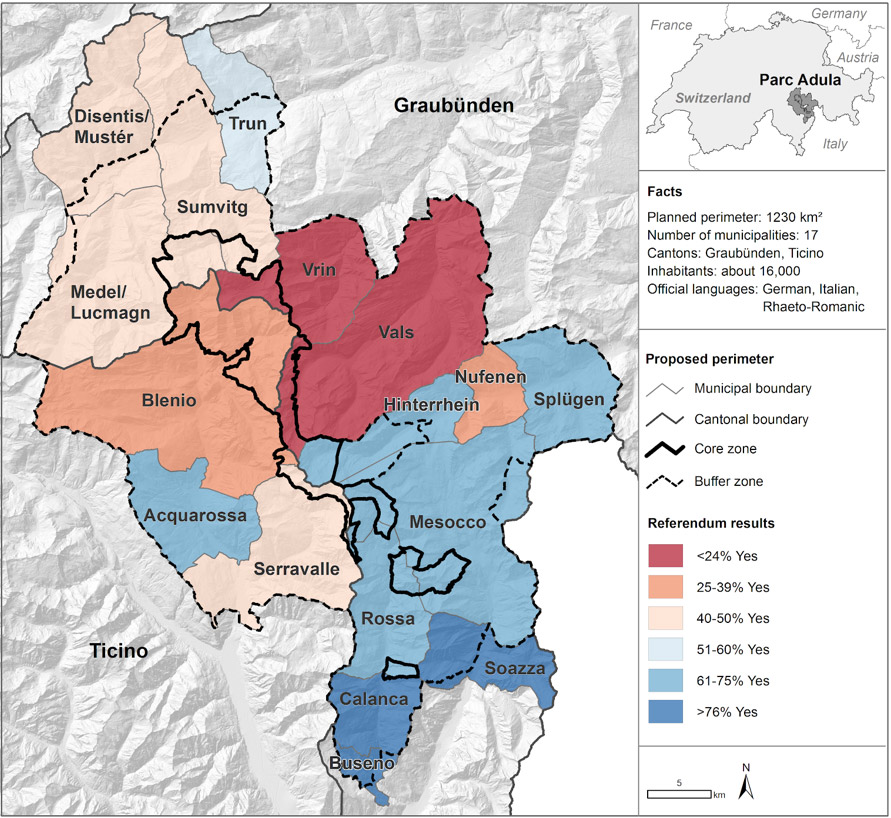 Discussions surrounding the project got very emotional. Manifold values influence the perception of what is just or unjust. These—often competing—senses of (in-)justice posed a big challenge for the project promoters. What some people regard as just, other perceive as unjust. Even though the park project was based on a bottom-up initiative, locals feared the influence of outsiders and trust issues exacerbated the planning process.

These research projects show us that the idea of separating people and nature does not fit with many people’s worldviews. However, many examples show that people—and not only nature—can benefit from national parks in different ways. By following an equitable management that is carried out by local persons, national parks can serve as innovative tools for economic growth and cultural engagement, as well as places of scientific interest.

Whereas we looked at two examples from Switzerland where direct democracy ensures a certain level of equitable protected area planning and management, other countries face more challenging socio-economic circumstances. Nevertheless, discourses surrounding protected areas are often very similar. When new protected areas are proposed or existing ones make decisions about their management, it is important that they consider the local socio-cultural context. How do the different people in the region relate to nature and how might a protected area align or misalign with this understanding? Will the creation or management of the protected area be perceived as unjust by some local actors? Understanding how a protected area is perceived by and impacts the people around and in it will help to manage protected areas in a more accepted and ultimately more successful way. Many conservation groups and governing bodies around the world seek to employ this more integrated 'people and nature' approach to protected areas.

Projects on human-nature relations around the Swiss national Park (in progress, unpublished)