What if you could immerse yourself and experience a future transport system in a realistic looking virtual environment through your VR goggles, instead of reading about it in a printed booklet before casting your vote? 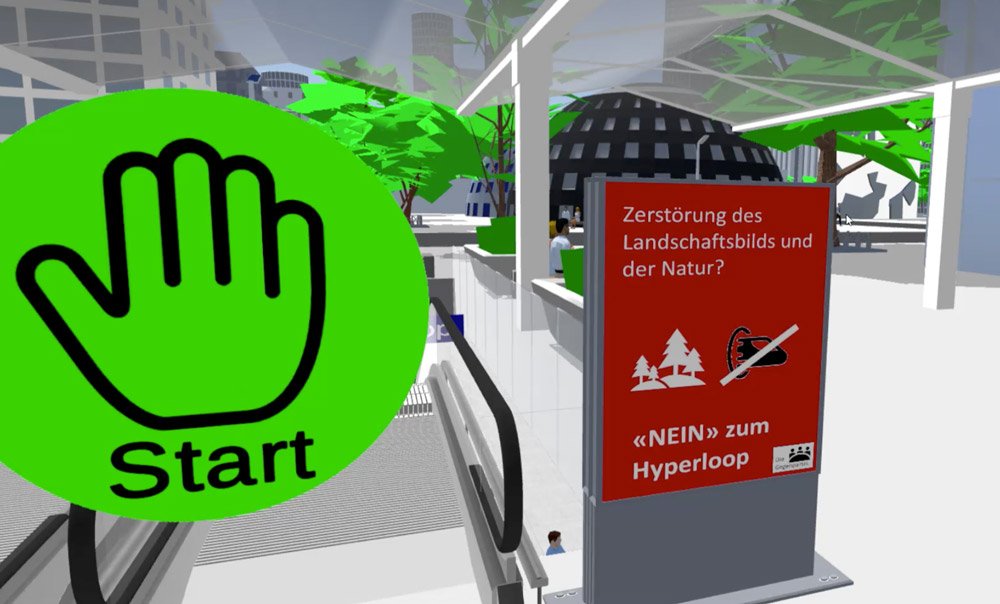 A scene in our virtual reality voting experiment on a fictitious Hyperloop initiative.

Easy access to comprehensive information is one of the key factors to facilitate citizen participation in political decision-making in a democratic society. Official ballot information such as, for example, the printed explanatory brochure issued by the Swiss authorities to explain the pending voting issues, is often difficult to understand. In the worst case, information that is hard to grasp can lead to citizens not voting at all, or voting differently as intended, due to misinterpretation.

Given the latest technological developments in an increasingly digital information society, one may ask how we can we leverage new digital communication formats such as VR to further engage citizen participation in political decision-making, by facilitating the comprehension in the communication of voting issues.

The potential of VR in political decision making

Together with two colleagues, a cognitive psychologist and media linguist from the Zurich School of Applied Sciences (ZHAW), we set out to explore the potential of VR in political decision making. This empirical project is funded by the Swiss National Science Foundation's Digital Lives Initiative.

We ask participants to cast their vote on a fictitious voting issue, inspired by current developments centered around the Hyperloop. This is a proposed mode of passenger and freight transportation at very high speeds. It was selected amongst 24 fictitious initiatives that we had previously tested in a pilot study with over 400 participants using the explanatory voting brochures, as issued by Swiss authorities. We are now comparing text-based participant decision making with information-equivalent VR scenarios on this Hyperloop initiative.

For this we urgently need YOU: If you wish to participate in our study and win an iPad, check this out: Virtual-Reality Experiment über politische Meinungsbildung.

With this research we wish to more deeply explore how we citizens can benefit from digital technologies in political decision-making, and in doing so, we hope to further contribute to a democratic digital society.