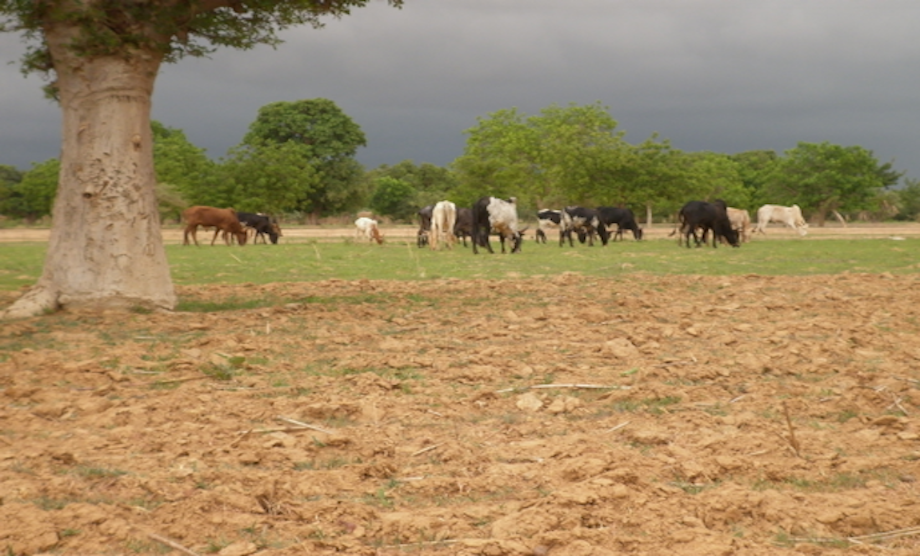 Julian Kaiser defended in February 2019 his master thesis entitled “Good herder, bad herder – understanding the construction of Fulani herders’ identities by the local community in Agogo, Ghana”. It is embedded in the problematic of often violent conflicts between farmers and herders that can occur in West Africa around the damage of agricultural fields by cattle herds.

The tensions between farming and herding are increasingly problematic, in view of the growing stigmatisation of herders, especially Fulani or Fulbè-speaking groups, as marginal and collaborating with terrorist organisations in the Sahel (see e.g. Reuters article about attack on Fulani herders in Mali). Julian Kaiser’s work focused on deconstructing what, in the perception of farmers in the region of Agogo in Ghana, constitutes a “good” and a “bad” herder. His supervisor Muriel Côte asks him to reflect on some of his main findings, methodological choices, his motivations, and what message he may want to pass on to students considering undertaking a master research project…

Muriel: Julian, you are a geography student from Germany and you did your master research on conflicts between farmers and herders in Ghana. But this is a very long way from home, so I’m wondering: what was the motivation behind you doing this work?

Julian: First of all, I am very thankful to GIUZ that it enabled me to conduct this project, because without the financial support and of course the thematic support, it wouldn’t have been possible. Why I chose a topic so far away from my home and from Switzerland is probably because I was interested in looking at problems that don’t get much attention in everyday life here. I also have a personal interest in the sub-region of West Africa. The topic itself was later brought to me by a friend, who sent me a very interesting article about farmer-herder conflicts.

Muriel: And now, if we think about the work that you went and did, Ghana is a very different place from home and so I was wondering: How was it to do research there? Did you have any challenges or things that you were not expecting that came up?

Julian: Yes, you’re right, society there is very different from here. It took some time for me to realise this because when I first went to Ghana, I stayed in Accra, the capital, and there, one can get the impression that it’s not as different from Europe as one would expect it to be. Although, of course, it is quite different already. I think the biggest challenge was understanding my role as a researcher there. Often, after having an interview or an important conversation, I realised that my own role or my positionality as a European, as an outsider, as a male, might have had a strong influence on how this particular conversation went. Even after returning home, I still haven’t really figured out how much influence this had on my research and on the results I obtained. For this reason, the reflection on my positionality as a European researcher in Ghana represents an important part of my findings too.

Muriel: My next question is around the key messages of your thesis. If you were to choose one aspect that you think research or policy should focus on, what would that be?

Julian: So, my main finding was that there are very diverse perceptions of herders, which isn’t talked much about in academic literature until now. Besides that, for me the most interesting finding that needs further research is about cattle ownership arrangements, because these aren’t as straightforward as one would imagine. In my most cases, Fulani cattle herders are blamed for crop damage, but they are not the cattle owners; they rather act as caretakers. I wasn’t able to investigate much about this issue, also because it was hard for me to get access to cattle owners and to herders who work as caretakers for these owners. It is also a very secretive topic, and it is informal. But it is a very important aspect of the local and national economy in Ghana and other areas where cattle is an important investment, and causes tensions with farmers. There is some literature that explores the ways in which cattle ownership is organised, but it doesn’t really go into much detail. The economic relevance is very high, but the political relevance is not as easy to assess. It could be that there are criminal activities or hidden wealth, so this could be a really interesting research topic in the future, and I think there is much to explore.

Muriel: Thanks. Now, another question is: If you are trying to think of your research experience as a whole—the fieldwork, writing up, preparing the research design, the methodology, the handing in, the exam—this whole experience you’ve had with this topic in Ghana: I am wondering, what do you take home?

Julian: I learned a lot about the way I work best. For example, I really enjoyed organizing this project more or less on my own, so that was one part of the thesis that I really enjoyed working on. Then on the other hand, I realized that I work better in a team, probably. Many times, I went to my colleagues for getting their inputs or their view on problems I had. This helped me to better understand and get a broader perspective on the issues I was dealing with. So, the teamwork was one thing I missed a little bit. In general, the work on the thesis taught me a lot about myself, and about how I can improve my work and work organization.

Muriel: My last question is around the set of advice or just the ideas you want to share with Master’s students starting their thesis and particularly around finding their own project. Is that something that you would recommend?

Julian: I would definitely recommend it. As I said I really enjoyed having my own project and being able to organize it by myself. It was most probably more work than other projects being integrated in another research going on already, but it offers a lot of opportunities too. I think for me it was really important to have this project that I chose myself, because it kept me motivated throughout the long process of doing this thesis. It was really important to me that I was convinced of this work. I would definitely recommend that if there is something that a student is interested in, he or she should pursue that.