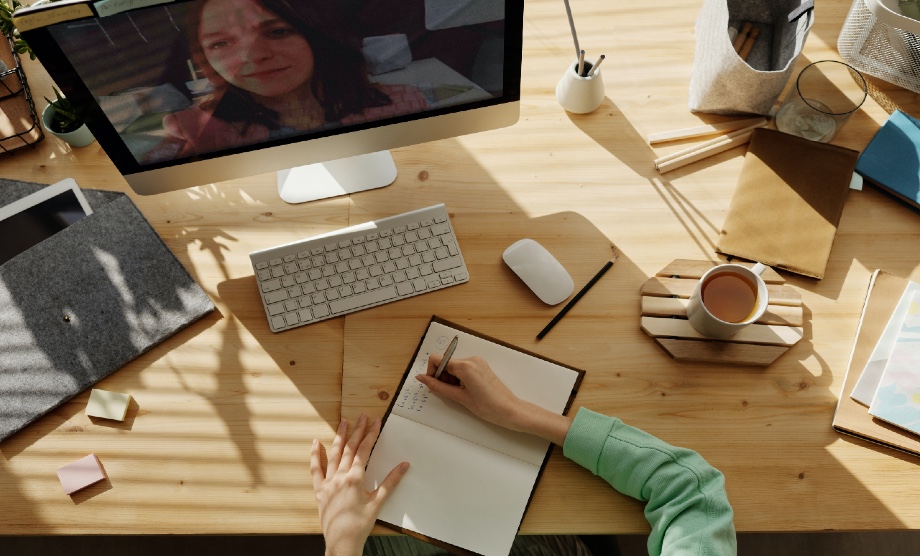 COVID-19 has unsettled a lot of people in their personal and professional lives. There are anxieties and frustrations among young and aspiring academics whose projects have delayed or completely derailed and now face uncertain career futures. The blog post is a personal reflection that focuses on the changing (and unchanging) practices in academia to suggest that during the pandemic (where online exercises are expedient and ubiquitous), young scholars (and indeed others) are settling for watered-down academic experiences. The pandemic experiences, spoken of in global and universal terms, gloss over widening academic disparities that leave behind scholars with fewer privileges, especially from economically deprived regions of our planet.

In these times of pestilence, towering stacks of frustrations and anxieties dwell behind many brave appearances. The current COVID-19 pandemic has unsettled many academics’ lives at home, at work and elsewhere, whether it is one’s own exposure to infection, changed personal circumstances, cancelled and rescheduled research appointments, changed and completely derailed ideas. “My interview has just been turned down”, “My internet has been slow”, “I won’t be able to travel”, read messages from my colleagues, young researchers who had hoped to start the new year with fieldwork trips across various sites in southern Africa. These are refrains we now hear from colleagues ever so often, and in their many versions, they voice smothered anxieties born out of the crisis. The first observed anxiety is in the form of academic atrophy, where depth in the academic experiences play second fiddle to a fast-paced ubiquity of online things, which is accompanied by a feeling of ephemerality (it could just be a ‘feeling’). Online, we feel deprived of the rituals that thicken academic practice – the taken for granted impromptu asides with a colleague, a shared coffee, a beer, and cigarette circles amidst some flight of fancy or more profound cogitations. Second, the anxiety of being left behind in the ‘globalised’, forward-march response to the pandemic, a response that is papering over the cracks of academic disparities – between colleagues, between universities, between regions, between the Global North and the Global South. This short blog post’s reflections are not an attempt at any theoretical exegesis but pure observations and experiences of the virus as it confronts and sometimes confounds young and aspiring scholars’ hopes and aspirations.

There is a sense that the virus is prompting an evolution in academic practice and experiences. We now spend much time in front of electronic gadgets and screens for expediency reasons. There is a sense of academic ubiquity, and academic democracy even. Suddenly we can plan, organise, and participate in many conferences and symposia, reachable by a nonchalant click. However, the virtual experiences also feel trendy, meme-artig, like other cultural phenomena transmitted via social media platforms. The original concept of “meme”, to reminds ourselves, is what the evolutionary biologist Richard Dawkins sees as cultural trends that behave like biological genes, selfish and self-propagating through imitation. A meme, however, can restrict more profound understanding and imagination, and we end up not thinking beyond what touches our sensitivities; after one glance, we swipe it away as we do on Snapchat, Tiktok and Instagram. We now hop and skip from one online talk to another, send and receive dozens of invitations, which leaves us feeling either “worn out” or empowered. In the latter case, we can hop, from Oxford to Harvard, even taunt hitherto inaccessible great minds, whilst finding comfort behind our screens and the knowledge that whatever response anyone may have will be constricted by the deficit of time and other technical constrictions (which is a condition for all online discussions). Even to the most studious among us, it has also happened that we open many web pages during an online seminar and peep into them, time-and-again, to compensate for our lack of depth and understanding or sheer failure to follow a discussion. The awkwardness of surprise questions and invitations to respond can be avoided through a quick scroll on Wikipedia and Youtube. Depth in understanding is swapped for the ubiquity and vastness of online information sources.

Richard Dawkins also says that memes with the best appeal or “survival value” (the quality of longevity, fecundity and copying-fidelity) propagate themselves better - potential natural selection. The most successful meme is the one that is easily spread, that goes viral, as it were, breaking down boundaries – structural, cultural, physical, and others. The internet meme may behave in the same manner; however, it is in its aspiration to be global that it hides more than it reveals. It universalises experiences, submerging the stories of those deemed ‘culturally incompetent’, less savvy with technology and possessing fewer resources to promote the meme’s propagation or defend themselves from it. The consequences of unreflective and unreflective encounters with COVID-19 are expressed in memetic phrases that travel far and wide, like “we’re all in this together. We have a viral academic meme in our hands, which may appeal to many of us because it provides easy answers to surviving the uncertainties of the COVID-19 times. It gives a universal speak of waiting out the crisis and devising ways to outrun it together. It may even express the unflinching desire to reset to the pre-pandemic default, for the-world-that-was before the pandemic, or the desire for an expeditious moving-on, as the case may be, as if everyone will resume at the same level. But the reality is that “we aren’t in it together”. With each passing day, the virus consolidates the position of those of us who can afford to be mobile (virtual or otherwise) in times of confinement. While the privileged may quickly go online for libraries, purchases and other services, the reality is different in many, for example, the Global South regions where the internet is slow, non-existent or online services are not available. In South Africa, as in other poor countries, scholars face the inadequacies of space in which to study and do home-office, not to mention the unreliable internet and electric power supply. Where we have sought to narrow the gaps in academic disparities by collaborating across disciplines, across regions and continents, we now feel the virus driving the wedge of differences and inequalities deeper while papering over the resultant chasm.

Melusi Nkomo is a Postdoctoral Researcher in the Department of Geography (Political Geography Unit), University of Zurich