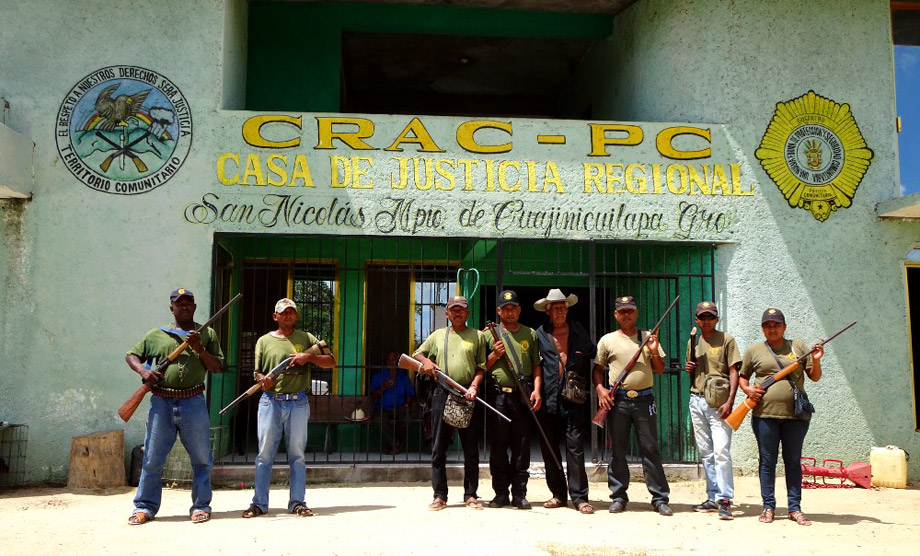 For a few years, vigilantism is gaining more attention, both in Mexico and worldwide. Vigilante movements are usually regarded as non-state organizations engaged in security tasks in situations where state organizations are either too weak or unwilling to uphold the monopoly on violence. But the situation is often much more complex. In my thesis I conducted a case study on communitarian police forces operating in the state of Guerrero, Mexico, which has been regularly in the news with chronicles of violence. Rather than succumbing to stereotypes, I used legal pluralism as an overall theoretical framework to explain how the normative framework of vigilante movements is influenced by different practical, cultural and ideological considerations.

Since some time I have been very interested in non-state actors and the related questions about sovereignty, legitimacy and legal pluralism that determine their actions. Since my first longer stay in Mexico – an exchange during high school –  I constantly followed different semi-autonomous movements. Especially the visit of the autonomous communities of the EZLN1 impressed me and rose my interest. In 2013 the sudden emergence of self-defence groups in the state of Michoacán caught my attention. So I started analysing them through the lens of a geographer. Questions about power relations, legitimacy and sovereignty arose.

Dealing with the situation in Mexico more closely during the search for a topic for my master’s thesis, I started following the case of the so-called communitarian police force in the state of Guerrero, the CRAC-PC . This group caught my attention because I realized that there are several aspects that have to be considered. On one hand it is a self-defence group, but on the other hand they also claim to defend indigenous rights as well as a defined political identity. Furthermore, the CRAC-PC was not one of those groups that emerged and disappeared quickly again, such as most of the self-defence groups in the state of Michoacán. They insist quite a lot on their political legitimacy. Besides, the organization also imparts justice, very different from the state judiciary system which instead promotes a restorative justice based on communitarian work and the reintegration of the defendant into society. Additionally, and while following the news on the CRAC-PC in the local press, I realized that this communitarian police force was undergoing a severe crisis – a crisis of legitimacy as I realized when I was in the field. Reading very superficially about this movement, such as the different origins of the organization, their understanding of justice and the current crisis of legitimacy, motivated me to bring all this together. I wanted to understand how legal pluralism in this very particular case met with different factors underpinning their (de-)legitimation.

When I first entered the field, I still did not have answers to the many questions I hoped to clarify during exploratory expert interviews, such as the ongoing crisis of the movement. The organization was divided in two autonomous fractions (CRAC-PC and CRAC-PC-PF)  due to a heavy internal conflict – and so were the various “experts” I interviewed: many of them I found to be openly biased. I was confronted with very contradicting information before entering the field. This whole story about the internal discrepancies which led to two separate organizations and the ongoing crisis of legitimacy was definitely something I wanted to understand better. When talking to members of the communitarian police force I was furthermore confronted with the term “collective right”, which, among other things, imparted a very negative connotation of human right norms. When talking about issues of legitimacy, this term was mentioned again and again and human right norms were questioned. Therefore, I tried to understand what people meant with the term “collective right” and I shifted my research focus more to that. Finally, the strong influence of priests inspired by the liberation theology stuck my interest. In Guerrero, I discovered priests are a kind of a moral authority and they heavily shaped the norms of the communitarian police force. One priest was even imprisoned due to his proximity to the organization. Being confronted with these new dimensions, such as the collective right and the theological influences, convinced me to be flexible and to analyse what I really found instead of sticking to my original plan. For a master thesis in geography I stayed a rather long time in the field, which allowed me to adjust my research. Due to this flexibility I could introduce myself in assemblies, where a new level of government, the communitarian government, was introduced. Even though these assemblies had no direct link to the communitarian police force, they helped me to understand the tension between the two concepts of rights. 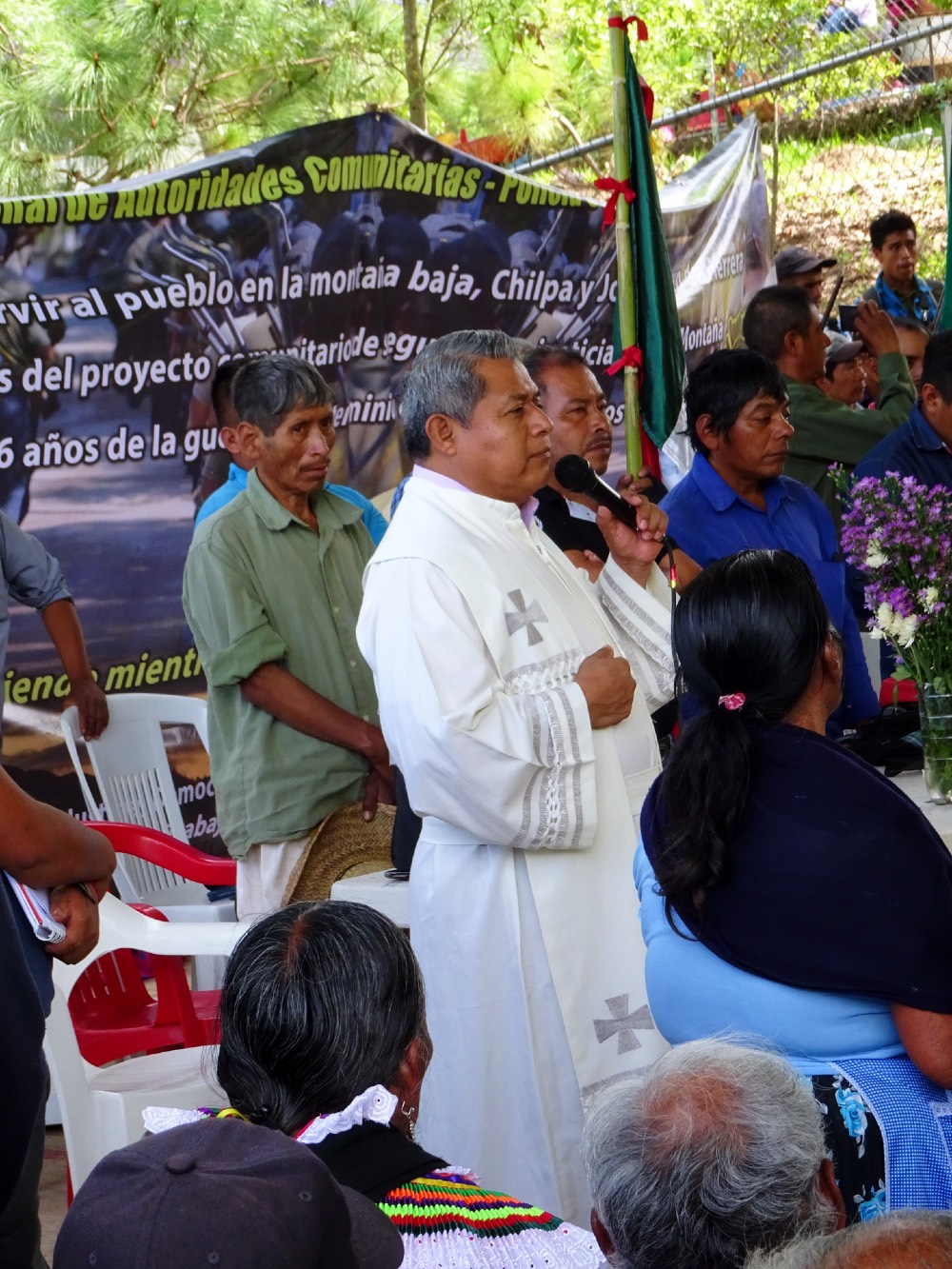 Being with the communitarian police force and talking with its members for hours changed also my notion of the universality of human rights. Living under the logic of the collective right during my stay in the field gave me other insights and it showed me, that both concepts have a certain right to exist.