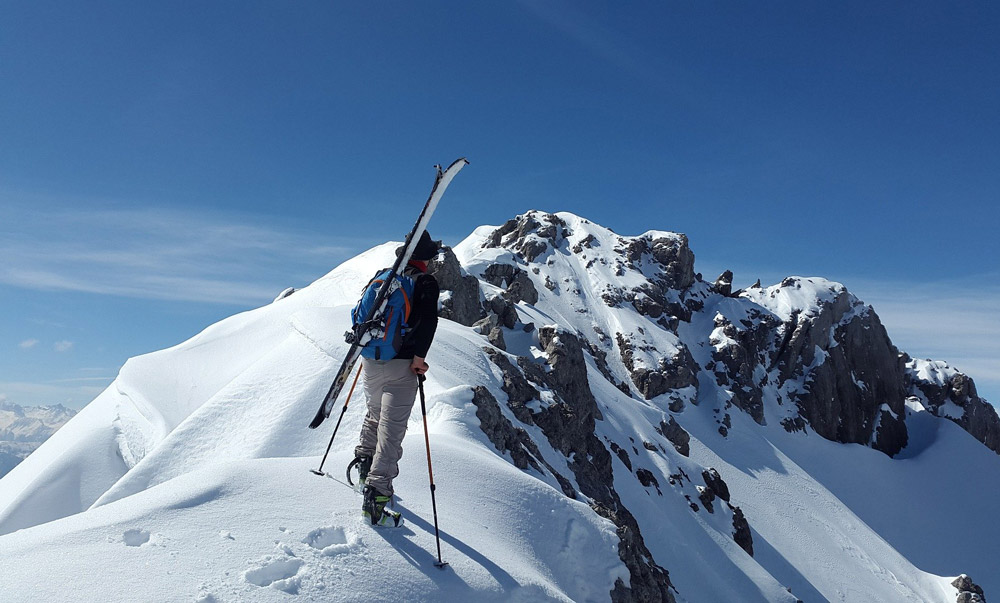 For a long time, avalanche research has focused on the geophysical aspects of avalanches, namely weather, terrain, and snow cover. The fourth aspect - the so-called human factor - was largely neglected. The human factor is not strictly defined but mostly described as a combination of risk propensity, misperceptions, attitude, pressure, and other aspects which influence decision-making processes.

The WSL Institute for Snow and Avalanche Research (SLF) possesses a large data set of planned backcountry ski tours, which was still largely unchartered territory. This data set was gathered from SLFs avalanche prevention platform, White Risk, which includes a map-based route planning tool. The planned routes can be downloaded on a mobile phone app and serve as a navigation support in backcountry terrain. The analysis of this data set has enabled gaining new insights into decision-making during the planning process of ski tours.

Analysing the decision-making process in thousands of planned ski tours

In the course of this master thesis the total of 150'000 planned tours from all over the Swiss Alps were filtered and processed. Many partial routes, routes outside of backcountry areas and generally unrealistic routes were removed from the data set. The remaining 56'000 routes were then analysed using methods from Computational Movement Analysis. These methods needed to be adapted to planned routes, as they do not entail a temporal dimension in contrast to typical movement data. 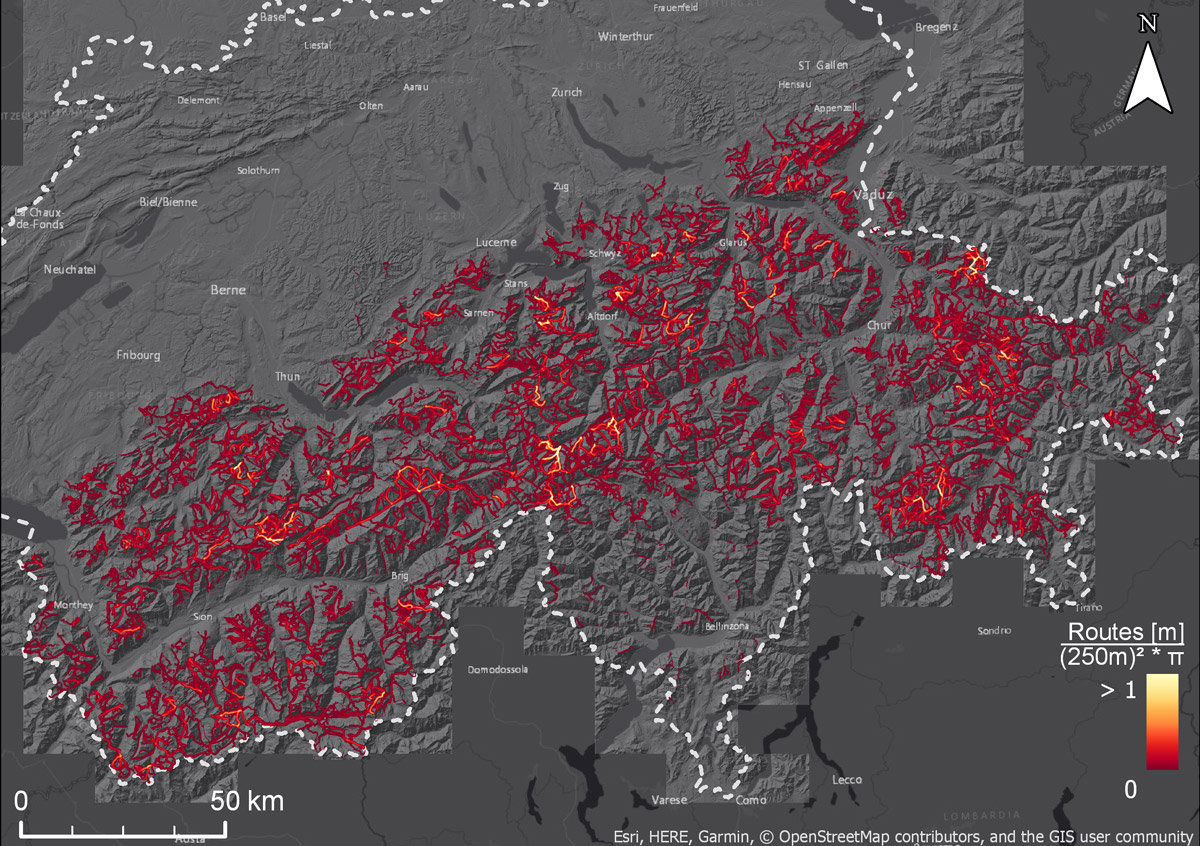 The results of this thesis reveal the favoured days and months for route planning and in which areas large numbers of tours are planned. These results correspond with the actual ski tours performed, as shown by another study (Techel et al., 2015), which analysed entries on social media platforms. Furthermore, a large share of the user-specified avalanche danger matched authoritative data from the SLF. This indicates adequate dealing with avalanche bulletins by most users during the planning process. 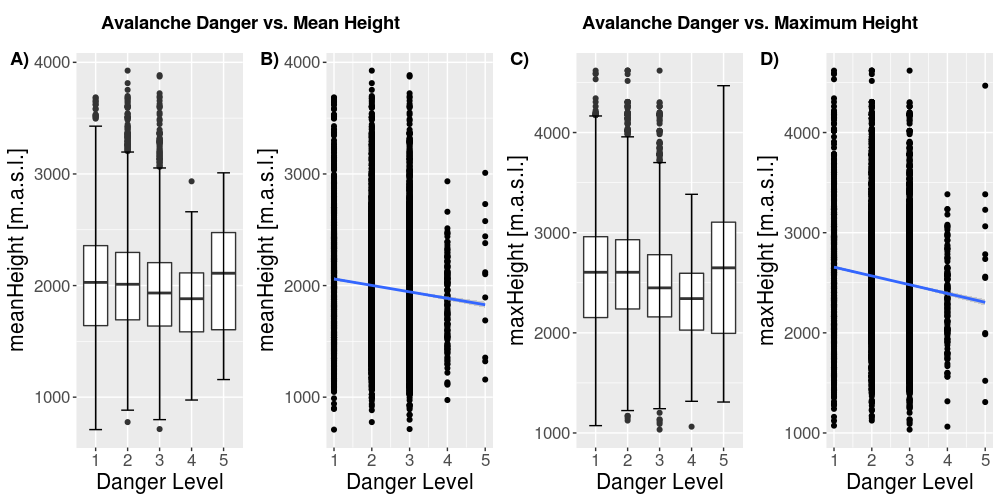 This work provides the first in-depth insights into the route planning behaviour of backcountry recreationists. The thesis has built the groundwork for further research and should therefore help to advance understanding of the human factor in avalanche processes and support the development of future prevention measures for avalanche accidents.

The approaches applied in this work are not solely applicable to planned ski tours but can also be used for different types of planned movement such as running, cycling, etc. Hopefully, this master thesis sets the starting point for further research on planned movement trajectories and opens up new avenues for scientific progress in various fields.