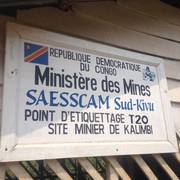 Kalehe in Democratic Republic of Congo

Fieldwork with a Veddas community in Central Sri Lanka

We study the intricate relations between space, politics and conflict.

We are interested in the re/production of political power in the context of multiple overlapping geographies of rule. This dynamics is especially visible in conflict environments, so our unit has focused on war zones, post-conflict reconstruction and war-to-peace transitions (Sri Lanka, Nepal, Horn of Africa, Congo). We have a broader interest in contentious politics that divides and binds geographies of rule, particularly from the vantage point of the margin, and with the aim to advance critical theories around the spatial production of political order.

We draw mainly on the fields of geography, anthropology, political ecology geopolitics and political philosophy. We conduct research in different parts of the world, principally in South Asia (Nepal, Sri Lanka), South East Asia (Borneo), Africa (Ethiopia, DR Congo, Burkina Faso) and Europe (Italy), as well as in the transnational contexts of migration, environmental governance, and humanitarian and development aid.

Our research is grounded in qualitative fieldwork and our diverse research meets over two main areas of interest:

1) Margins, frontiers and b/ordering: we have a particular interest in the making and unmaking of boundaries. We work on the ways they are demarcated, upheld, crossed and contested. This often includes research on the contentious politics of claiming political authority, property and citizenship. Central is the notion of the frontier, or the way authority is enacted at the margins of political economic geographies of rule (e.g. national territory). Empirically we currently focus on borderlands (comparing cases across South Asia and Africa), secondary cities (Ethiopia, Burkina Faso), resource frontiers (artisanal gold mining in Burkina Faso, forest settlements in Borneo and Sri Lanka, pastoral territories in the Horn of Africa, and nature conservation zones in Congo) and the emerging debates around earth systems governance.

2) Critical theory and the spatial production of political order: our work engages a broad range of critical theoretical perspectives to understand the various ways in which political order, governance and conflict are spatialized and the role geographic knowledge plays in their legitimation. We draw on the history of modern political philosophy (e.g. Hobbes, Schmitt), sociology (e.g. Bourdieu) and contemporary political theory (e.g. Agamben, Mezzadra) to ask how the relationship between sovereignty, territory and citizenship is changing in a globalizing world. Debates in political ecology and post-colonial anthropology are also crucial in emphasizing how the shifting and contested boundaries between social and environmental processes are bound to the spatial production of order by both state and non-state actors.

More details about specific research projects can be found here.