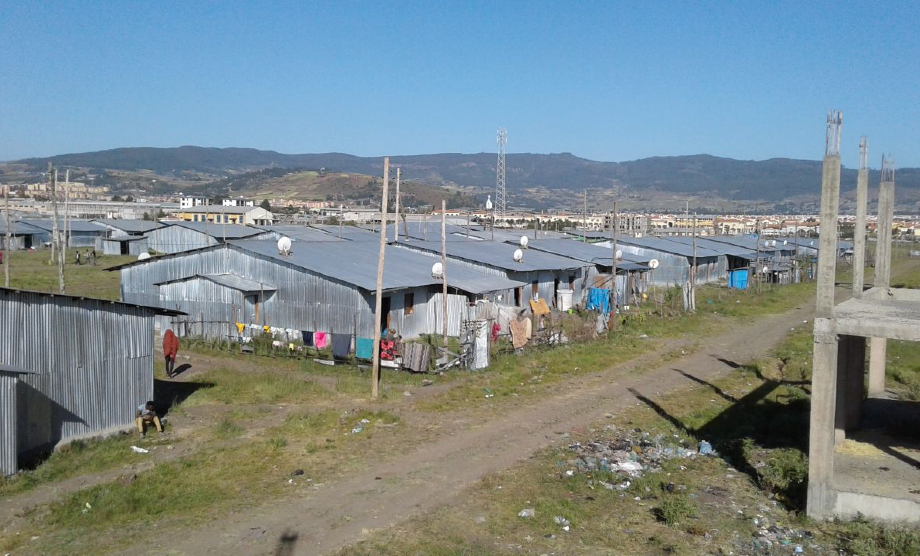 Frontier making in Ethiopia has historical roots from the formation of the modern Ethiopian state in the late-19th century through wars of conquest. The conquest, which was inspired by political and economic motivations of the highland Christian kingdom, used the notion of a “civilizing mission”—civilizing the “backward” and “underdeveloped” people, and “underutilized” spaces—through imposition of an imperial state system and Orthodox Christianity.

The foundation and horizontal expansion of Addis Ababa or Finfinne by displacing Indigenous inhabitants was part of the state building project under successive regimes. Over the last century and a half, the city has continued its unchecked expansion in a process involving multi-layered actors whose interests overlapped in terms of grabbing the land they considered “underutilized.” More specifically, the last three decades evince commoditization of farmlands, grazing areas, and cultural and sacred spaces through land lease, which eventually dissolve existing customary systems, values, and practices.
This paper critically analyses the dynamics of frontier making in or from Addis Ababa or Finfinne, the political economy behind such unchecked frontier expansion and how it activated the power of resistance in 2014. The paper concludes that frontier making in or from Addis Ababa through dispossession of Oromo farmers has been part of the broader political establishment in Ethiopia and should be viewed within the same lens. the authors moved the debate on frontier dynamics from the traditional peripheries to urban frontiers.

The entire article has been published at Sage journals