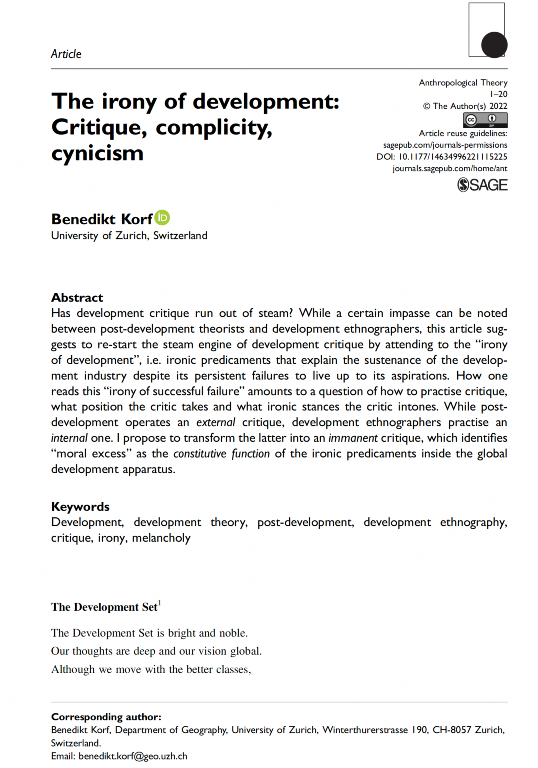 In a recent paper in Anthropological Theory, Benedikt Korf asks the question: Has development critique run out of steam? While a certain impasse can be noted between post-development theorists and development ethnographers, the article suggests to re-start the steam engine of development critique by attending to the “irony of development”, i.e. ironic predicaments that explain the sustenance of the development industry despite its persistent failures to live up to its aspirations. How one reads this “irony of successful failure” amounts to a question of how to practise critique, what position the critic takes and what ironic stances the critic intones. While post-development operates an external critique, development ethnographers practise an internal one. In the paper, Benedikt Korf proposes to transform the latter into an immanent critique, which identifies “moral excess” as the constitutive function of the ironic predicaments inside the global development apparatus.