Climate change and its consequences pose even greater challenges to developing countries than industrialized countries. But these countries are severely underrepresented in bodies assessing the relevant science. A training program for early career researchers at GIUZ takes counteraction.

IPCC trainees
The five trainees (front) together with Holger Frey and Christian Huggel (back), organizers of the program. (Picture: Grace Goss-Durant, MRI)

Estefania, Anubha, Ana, Prashant and Zarina: Five young researchers from South America and Asia recently spent two weeks at the GIUZ. This was made possible by a unique training program, organized by UZH together with the Mountain Research Initiative (MRI).

Developing countries are traditionally underrepresented in the process of preparing the scientific assessments on climate change, its impacts and future risks for policy makers. The aim of the program is to support the professional development of early career researchers from these countries. "We want to strengthen their skills for providing expert contributions on mountains and climate change", says Holger Frey, one of the organizers of the program.

The two-week training at GIUZ and the continued coaching and mentoring over the next three years will get them fit to take an active role in the global scientific assessments on climate change, either by writing synthesis articles about their region or by contributing as reviewers or even authors to reports of the Intergovernmental Panel on Climate Change (IPCC). The upcoming 6th IPCC assessment report will include a cross-chapter on mountains, regions that particularly vulnerable to climate change. "The site-specific knowledge of local researchers is extremely valuable for such reports", says Frey, "therefore it's essential that they are involved in the process." Not least in order to pass on the outcomes and insights of these reports to national policy makers.

In addition, networking is an integral part of the program: Trainees were taken to the International Mountain Conference in Innsbruck where they had the opportunity to present their research to an international audience, and to a field trip in Central Switzerland. "The program seems to fulfill a need", says Frey, "we had almost 100 applications and it was not easy to take the selection decision." 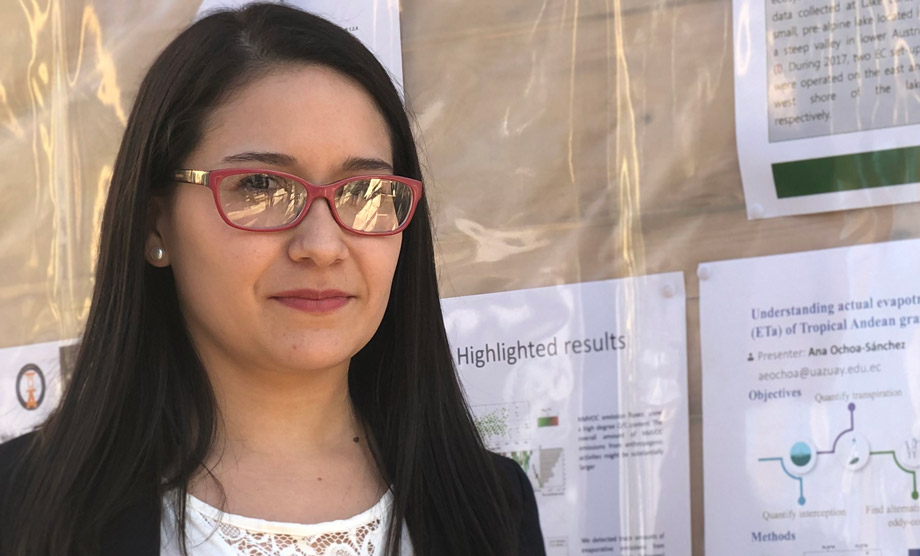 "Connecting science with politics and local communities: that's what I want to contribute to. Not many researchers from Ecuador get this opportunity. At the conference in Innsbruck, I got valuable insights into areas outside my own research. For the IPCC report, you really have to network and be interdisciplinary."

Ana investigates the exchange of water and energy between soil, land surface, and atmosphere in high Andean grasslands, the so-called "páramo". The ecosystem of these regions above the continuous forest line provides essential ecosystem services for large cities in Ecuador and Peru. 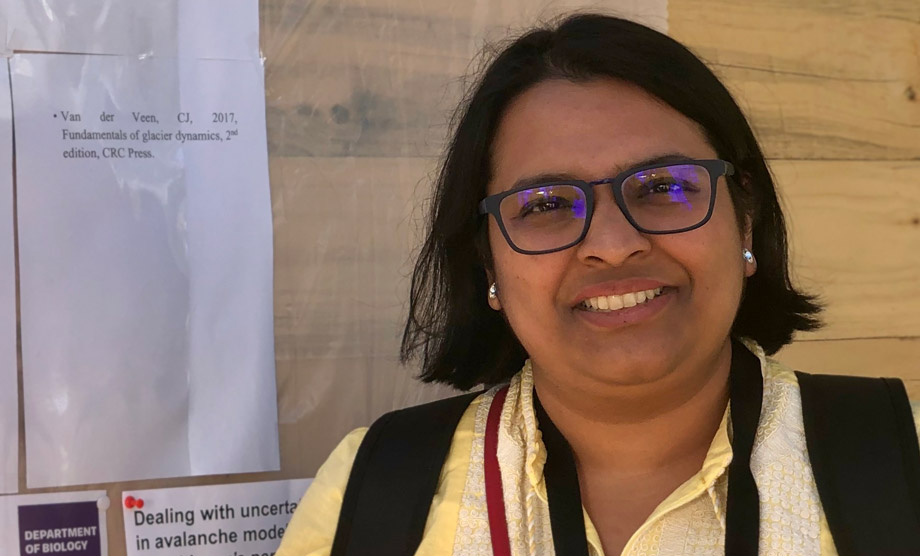 "The guidance we receive with this training is simply priceless. All instructors have so much experience and are so open to sharing! Now I know what the gaps in the IPCC report are and how I can contribute to them."

Anubha uses measurement of the glaciers' surface velocity to estimate their thickness and mass balance in the Himalayas as well as in Antarctica, particularly in the context of global climate change. 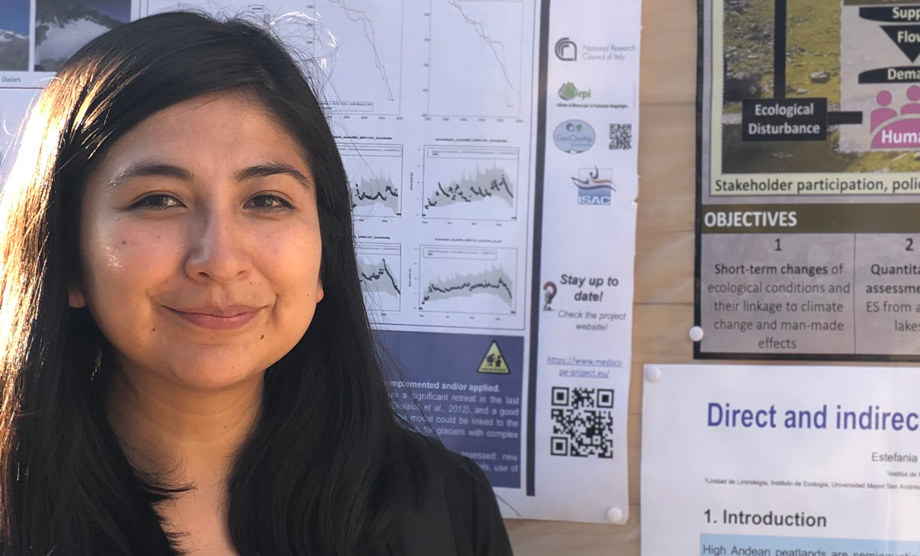 "In my homeland Bolivia large areas depend on the meltwater of the Andes glaciers. Two years ago, we had a critical situation of drought, notably in rural communities and in La Paz city. I want to make my knowledge available to politics and society through simple and clear communication. This training will help me a lot with this challenging endeavour."

Estefanias area of interest are the tropical Andes as an important biodiversity hotspot. With the retreat of glaciers, less and less water reaches the peatlands and thus threatens the sensitive ecosystem under extreme environmental conditions at 4500 meters and more. 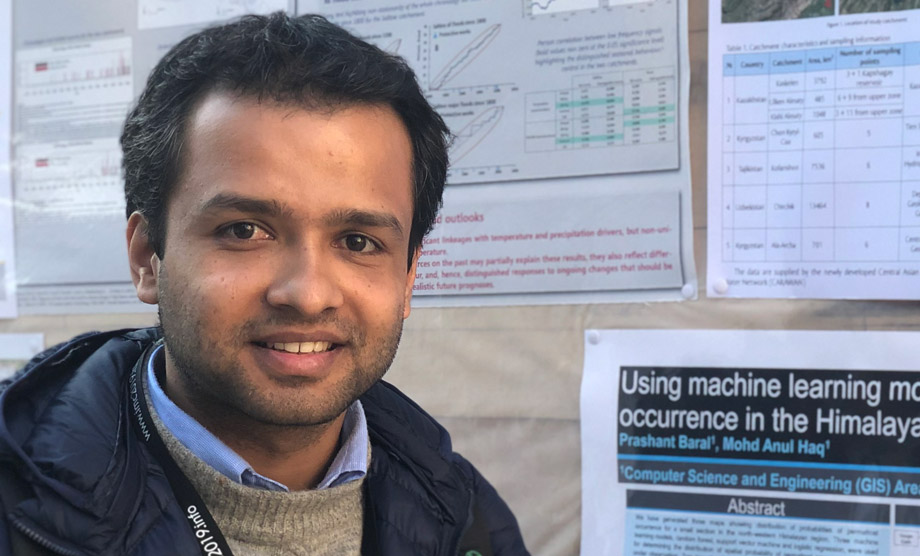 "It is a unique training opportunity that I believe I will never have again. For me, it was particularly valuable that we discussed our drafts for the systematic reviews, which we hope will then be included in the IPCC report. And I really enjoyed our trip to Central Switzerland in this wonderful weather!"

Prashant originates from Bhadrapur in the east of Nepal. Using satellite data, he develops models to compute where permafrost occurs in the Himalayas. The extensive thawing of permafrost has important effects on the local slope stability. 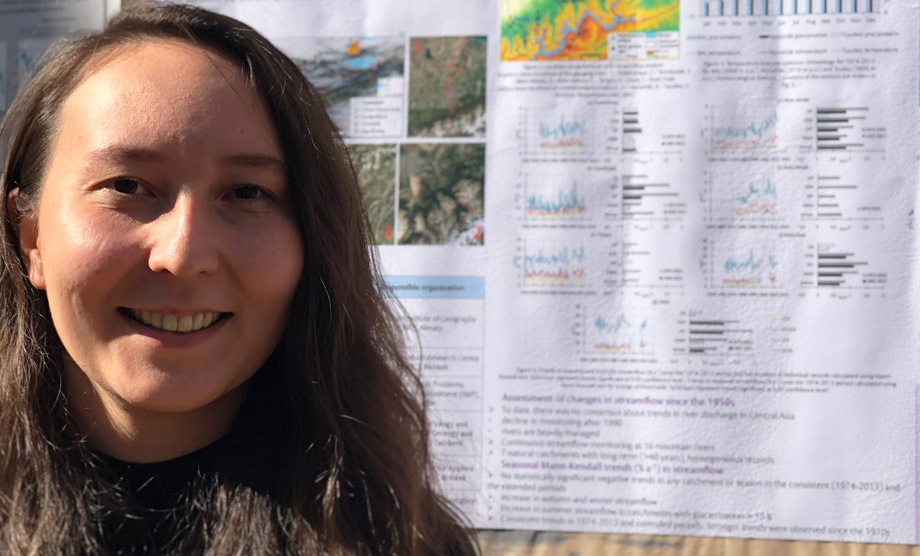 "Central Asia is like a blank spot on the map. Very little scientific information is available. With this training, I now know what the IPCC wants from me in order to contribute my knowledge. Science in Kazakhstan is more for men, but now women take more and more part. For me it was an intuitive choice to be one of them."

Zarina's research interests lie in mountain regions of Central Asia and the impact of climate change on solutions for securing fresh water in the glacier-fed catchment area.